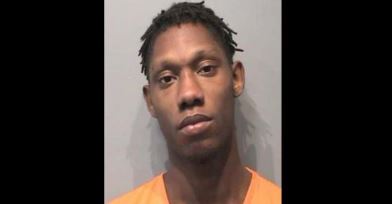 Police announced the arrest of Tyrique Sevin Radford El, 18, in connection with the fatal shooting of a Whiteland Community High School sophomore who was shot to death while at a bus stop on Thursday, August 25 by the morning. Radford El was arrested by the Greenwood Police Department on Thursday and faces a preliminary charge of murder. The shooting occurred around 6:50 am at a bus stop located in the area of ??Winterwood Drive and Providence Drive.

The Indy Star reported that witnesses said 16-year-old Tecario Stokes Jr. was waiting at the bus stop when someone in a black hoodie walked up and shot him multiple times. Police said the shooting was believed to be targeted. After the shooting, the suspect fled the scene and several schools in Greenwood and Whiteland closed their doors. Police were actively searching for the suspect. Approximately three hours later, officers saw a man fitting the description walking near a cornfield, approaching a backyard on Declaration Street. Officers approached the man and noted that he was soaking wet and his clothing was dirty. He identified himself as Radford El and was taken into custody around 4 p.m. Greenwood police did not release the suspect’s name at the time, but Radford El’s identity was later confirmed by the Johnson County Sheriff’s Department.

The teens likely knew each other, Greenwood Police Chief James Ison said, though exactly how was unclear. Police believe there was a “minor conflict” between the two that preceded the shooting. Radford El lived in a neighborhood about a mile west of Stokes, Ison said. “My baby was an outgoing person,” said the victim’s mother, Tiera Ervin. “My baby took people’s shirts off. My baby was a beautiful person gone too soon. She took my heart away,” Fox News reported. She said he had two younger brothers and his family moved into the neighborhood in April. Ervin added: “When I heard the shots, I ran outside and saw my son lying on the ground, shot multiple times.”

Ison asked parents to get involved in their children’s lives and teach them how to resolve conflicts. Young adults and children need a better way to solve problems than resorting to pulling the trigger, a solution many young people seem to be choosing, he said. “As a result of yesterday, there is a 16-year-old who lost his life. There is a family that is experiencing unimaginable pain due to that loss. But there’s also another family that lost an 18-year-old who is now incarcerated for murder,” Ison said.

The number of shootings in Greenwood is “out of the ordinary,” Ison said. A shooting at Greenwood Park Mall in July left four people dead, including the shooter. Two others were injured. Ison hopes this trend will not continue. “I hope the law of averages says we’re headed for a wall,” he said.