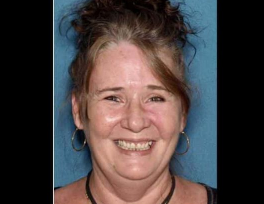 A New Jersey woman has been charged with drunk driving for causing a car crash in June that killed a girl and injured four others. Theresa McElvarr, 58, of Shamong, was driving a Hyundai Tucson shortly after midnight June 13 near Stokes Road and Pawnee Trail in Medford Lakes when a crash occurred, according to police. McElvarr crossed into the wrong lane and collided head-on with a car driven by 17-year-old Gianna Mastalski, which was transporting four other 17-year-old girls.

McElvarr, the teens were transported to Cooper University Hospital in Camden. McElvarr and three girls were treated for injuries including broken bones at the hospital. Mastalski was transported to Virtua Marlton Hospital, where she died at 1:45 am, 1010 WINS reported. At the time of her death, Mastalski had just received his diploma from Clearview High School.

Her obituary said that she enjoyed singing, skateboarding, putting on makeup, and spending time with family and friends. On Wednesday, police served a warrant for McElvarr’s arrest at her residence, where she is still recovering from injuries she sustained in the collision. She was charged with four counts of vehicular assault and vehicular manslaughter.

In 2016, McElvarr’s driver’s license was suspended twice as a result of two separate drunk driving offenses that occurred just a few weeks apart, according to court documents. In January 2022, she was also charged with driving under the influence of alcohol.

In other news MEAWW reported last month, disturbing footage shows the moment a brave Pennsylvania woman pushes aside a baby stroller seconds before she is struck by a vehicle. The vehicle was allegedly being driven by a drunk driver who struck the woman, sending her flying into the air before she hit the ground as the driver tried to flee the scene.

The horrific incident took place on October 27 at around 3:40 p.m. m. near the intersection of Cedar Avenue and East Palm Street in Scranton, Pennsylvania. Miriam Palaguache was crossing the street with a baby in her stroller when Juan Medina-Cruz, 57, was seen speeding across the intersection.

The woman instantly used her reflex and pushed the baby out of the way in a split second when she was hit by the car. Fortunately, the infant was unharmed but Miriam Palaguache suffered serious injuries. Juan Medina-Cruz, who was allegedly reeking of alcohol at the time of the incident, is currently facing multiple charges including aggravated assault by a motor vehicle, reckless driving and DUI, the Daily Mail reported.