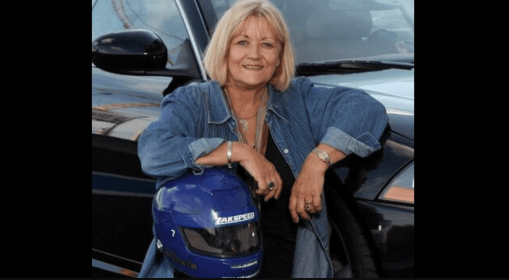 Sue Baker, who was one of the first people to host the BBC’s ‘Top Gear’, has died. Baker was 67 years old when she reportedly died on Monday, November 14. She has been told that she suffered from motor neurone disease. A statement from her family said: “It is with great sadness that we share the news of Sue’s passing. She is a loving mother to Ian and Hannah, a loving grandmother to Tom and George, and a wonderful mother-in-law to Lucy.

She died at her home this morning with family members around her. She was a gifted and prolific writer, a charismatic television host, and a passionate lover of animals. She had a life and career that many would envy, but she did it all with such grace that she was admired and respected by all who knew her,” according to The Independent. “We know that it meant a lot to many.

Sue Baker Cause of Death

Thank you to everyone who has supported her over the years as she fought the MND,” she added. Ella Baker had reportedly worked on 22 “Top Gear” series for more than a decade before quitting in 1991. She then started Motor Racing News Service. The television icon also served as vice president of The Guild of Motoring Writers.

After her death, the association tweeted: “We are deeply saddened to learn that our Vice President and Past President @carscribe Sue Baker passed away this morning after a long illness. Sue Ella was a trailblazer for women in automotive journalism and a former @BBC_TopGear presenter.”

“I’m really sorry to hear this. Sue was an absolute delight at events, and so welcoming and approachable as a newbie to the industry. My condolences to her family, she will be greatly missed,” Alex Grant, a Welsh freelance motoring journalist, tweeted. Writer Matt Bishop tweeted: “This is so sad.

Sue Baker was a trailblazer among automotive journalists who was very nice to me when I was a newbie to car launches and the like. #RIPSueBaker.” Author Giles Chapman wrote: “I must echo others here today in paying tribute to Sue Baker @carscribe who sadly passed away today.

She is an old-school journalist, but always kind and generous with her colleagues, especially newcomers. A rare trait indeed. Several others also remembered Baker as one user said: “So many memories: from Top Gear, the live shows we put on for various companies, and their cooperation on projects for the production company.

Lovely lady, a star!” Another user tweeted: “Such a terrible loss, but Sue led an amazing life as a great host, writer, and mentor to so many. Her wonderful presence at the launches will be missed by all of us at Ford and our love and best wishes to her family and friends at this time.”

One fan noted, “It’s so sad to hear this. Sue was a part of many of our formative years of car television. I was lucky enough to spend some time w. her at a Kia launch a few years ago, and she was absolutely lovely. Thoughts are w. her family.” “To all of you, I will miss her terribly…just as I still miss John and his wealth of stories and experiences. Sue and I met some 40 years ago and she was always a dear friend and valued colleague. Deeper sympathy.” added a second.