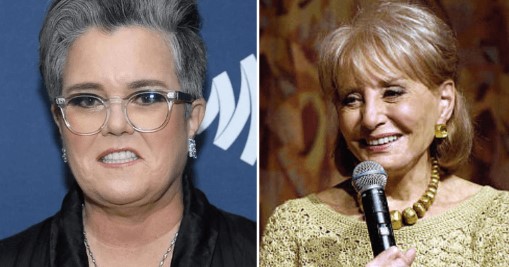 Rosie O’Donnell reportedly revealed the reason she missed the moving tribute to the late Barbara Walters on ‘The View’ on Tuesday, January 3. O’Donnell took to Instagram to clarify that there was a more personal reason why she couldn’t attend, despite reps for her having previously told certain sources that her absence was due to scheduling conflicts.

“She was flying back and couldn’t make it,” O’Donnell’s representatives told Page Six, adding: “She has posted wonderful memories of her relationship with Barbara.” O’Donnell later said in an Instagram video: “I was invited but couldn’t make it. And I didn’t want to be in a big group of people. I don’t know, I was worried.”

It would make me angry and I didn’t want to do that. So, there you have it.” bed, failing to acknowledge loved ones during his final days. He was quietly waging a private health battle before his death at his New York home. Tuesday’s broadcast of ‘The View’ featured a tribute to Walters, referring to her as “the woman who changed the way the world watches television during the day.”

Whoopi Goldberg, Joy Behar and the other hosts were on hand to pay their respects to the legend. “It’s her vision, her passion, her show, and today, ‘The View’ is reminiscent of Barbara Walters,” the intro concluded before Goldberg and Behar took the stage alongside co-hosts Sunny Hostin, Sara Haines and Alyssa Farah Griffin.

Behar began by saying, “People have been talking about her on all the shows, but I think we knew her better than anyone.” On the heels of her death, O’Donnell paid tribute to the iconic journalist, saying: “What a long and full of legendary life she had.

I was lucky to be in her orbit for many years and saw many Broadway shows together. “. “May she rest in peace and may everyone remember the barriers she broke down for women. She really did it. She was the first and she will always be remembered,” O’Donnell added.