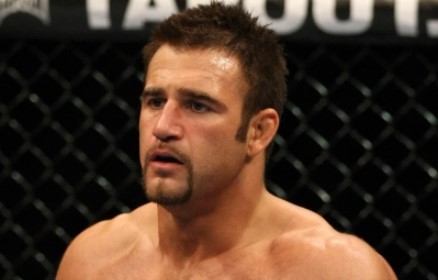 Phil Baroni has been arrested by Mexican authorities after allegedly assaulting and killing his girlfriend. Local outlet Tribuna de Bahía reported on Tuesday that Baroni, 46, was arrested on Sunday in San Pancho, a town in the state of Nayarit in Mexico, after he contacted the State Tourist Police, which was patrolling the area, and informed them that his girlfriend, Paola, was unconscious in her room at the Hotel Jardín San Pancho.

According to the report, authorities discovered Paola naked, lying on the bed and covered with a blanket. She appeared to have been hit several times because she had bruises on her face and body. She had no vital signs when the police arrived.

After questioning, Baroni told authorities that he and Paola were smoking marijuana and drinking beer when she revealed that she had been having an affair with another man. This sparked the incident in which Baroni said that he told Paola to get in the shower. After she refused her, Baroni allegedly grabbed Paola and threw her into her shower where she hit her forehead and then fell backwards hitting her head again.

Baroni said he helped her to her feet and laid her down on her bed. He said he took her clothes off and covered her with a blanket because she said she was cold. After a few minutes, Baroni said that Paola asked him to bring her a beer and cigarettes. When Baroni returned, he said that he thought Paola was sleeping, but then realized that he was not responding when he tried to wake her up.

Local authorities informed the Public Ministry of the incident, which is being investigated and Baroni could face a murder charge. Baroni was arrested and is being held at the Valle de Banderas Municipal Administrative Court. Baroni competed professionally in MMA for nearly two decades, from 2000 to 2019. Most notably,

“The New York Bad Ass” fought for the UFC and Pride FC, but has also competed for Bellator, Strikeforce, ONE Championship. In the early 2000s, he became a popular name in the sport and was briefly considered a title contender.

Baroni had an MMA record of 16-19. In that span, he’s fought some of the biggest names of his era, including Frank Shamrock, Joe Riggs, Evan Tanner, Matt Lindland, Dave Menne and more. To leave a comment, you will need to log in or create an account if you already have an account. Comments written will be lost if you are not logged in.