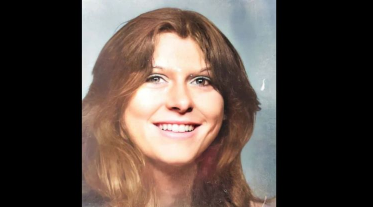 The death of a teenage girl who disappeared in 1975 has been confirmed after police recently identified her remains discovered in a ditch 21 years ago. Patricia Agnes Gildawie, also known as “Choubi”, disappeared 47 years ago and her family is still searching for answers about what happened. According to WJLA, skeletal remains discovered near Mclean, Virginia, in 2001 were identified as belonging to the missing 17-year-old in August.

26 years after the teenager’s disappearance, the remains were found in a drainage ditch in a wooded area along with some clothing. Investigators believe that Patricia died of a gunshot wound to the head, but it took another 21 years to establish the identity of the body. Authorities recently collaborated with advanced DNA and forensic genome sequencing company Othram to reopen the cold case. The biggest breakthrough came when Patricia’s DNA was linked to that of her half-sister, 66-year-old Veronique Duperly.

Patricia Gildawie Cause of Death

Veronique reported that Patricia had bruises on her arms and legs before she disappeared in February 1975. The last time Veronique spoke to her, she also had bruises on her back and shoulders. “If she ran into things or if someone was hitting her, I don’t know for sure,” she told The Washington Post. Veronique claimed that Patricia fled after expressing her concern about her injuries. The teen even said, “I’ll see you soon,” before leaving, but the sisters would never meet.

She only visited for a few hours once or twice a week in the months leading up to her disappearance, Veronique added. Apparently, Ella Patricia was dating an older man in his 30s before leaving without a trace. According to reports, he was employed by an upholstery shop in Vienna, Virginia. Veronique remembered that her Patricia would occasionally bring the man’s white Cadillac Eldorado, with a crimson interior. “He let her drive in that car,” she said. “I mean, that’s crazy. He was only 17 years old and did not have a license.”

Veronique posted signs throughout Fairfax County after she Patricia went missing. “God, I remember putting things on them,” she told The Washington Post. “No one ever called.” She claimed that she had given up on locating her sister years ago. The family was unable to hire a private investigator and police were of little help in the search, she alleged.

“Oh my God, she was so relieved,” she said of her feelings after learning of the recent discovery in her sister’s case. “I can stop worrying: ‘Is she in jail? Is she in a prison? Is she hurt? Now I know. Yes, she was hurt. Veronique feels reassured knowing that her remains are those of her sister, but she still has questions about how long her sister was in the woods and who killed her.

Initially, an incorrect assessment by a medical examiner and anthropologist said the deceased was likely an African-American woman. The body was allegedly in the woods for a year or two, according to the claim, which authorities now believe to be false. Ed O’Carroll of the Fairfax County Police Department said: “Not only did they get the time frame wrong, they got the race wrong as well, which really baffled detectives in their search.” We now believe that she was murdered shortly after she was known alive, which was in 1975.” O’Carroll told WJLA. “Identifying this young woman solves a mystery that has been more than 47 years in the making. Our community should rest easy knowing that our detectives never stop working on these cases.”

Jacqueline Bradford, Patricia and Veronique’s mother, died six years before her daughter’s body was found. “I was so worried about her,” Veronique said. “And she never knew what happened to her after all these years.” With new information from her loved ones, police are continuing their investigation even though no arrests have been made so far.

Read Also:  Who was Sebastian Wicker? Wiki, Biography, Age, Family, Cause of Death