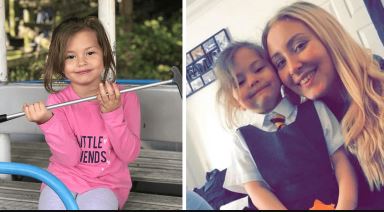 Officials have arrested a 36-year-old man on suspicion of fatally murdering Olivia Pratt-Korbel in her own home during a vicious ‘eye for an eye’ gang war, Merseyside Police said. Merseyside Police arrested the suspect on Thursday night August 25 on two counts of attempted murder and suspected murder. The man is from Huyton, an area just 10 minutes from where Olivia lived with her mother in Dovecot, authorities said. The man is currently in police custody and is being questioned by detectives. However, convicted drug dealer Joseph Nee was also from the same area.

Olivia Pratt-Korbel Cause of Death

Serena Kennedy, the Merseyside Police Chief Constable, called on members of the public to come forward and help officers identify Olivia’s killer. She described it as “a shocking and horrific attack that will reverberate through our communities.” Olivia Pratt-Korbel was brutally murdered at her home on Monday night, August 22, when a gunman forced his way into her home in Dovecot, Liverpool. It is believed that around 10 pm, two men were approached by a lone man, approximately 5 feet 7 inches tall. Before long, the shooting started between the two parties. Responding to the sounds of the gun, Olivia’s mother, Cheryl, opened the door to see what was going on and seeing the open door as an opportunity, one of the men entered her home.

Cheryl did her best to keep the man out of her house, but he forced his way in, followed by the gunman. The gunman then opened fire through a gap in the doorway, firing a bullet that hit Cheryl in the wrist and Olivia in the chest. Two more bullets were fired at the man who had forced his way into the house, while the gunman continued to try to force his way in.

That shot left Olivia dead and her mother in severe gunshot pain. Fortunately, Cheryl is now well and has been released from the hospital. The man who forced his way into her home was identified as 36-year-old Joseph Nee. Nee, from Dovecot, was shot in the upper body and was driven to hospital by a third man in a black Audi. He has now been arrested and is also being questioned by detectives. The convicted drug lord was jailed for three years and nine months in 2018 for robbery.

Relatives of the school girl have promised they will “get justice” and warned her killer that the girl’s photo “will haunt him for the rest of his days.” Her cousin Rebecca Louise said: “I don’t think myself or the family can find the words to describe the pain we have all felt in the last 24 hours.” We have not only lost our Liv, we have lost a daughter, a sister, a niece, a cousin and a granddaughter.” He added: “Our little Liv, who was full of life, full of cheek and definitely knew what she wanted in life.” Louise paid tribute in a Facebook post apologizing to “beautiful and crazy Olivia” for “the cruel world we live in and the monsters in it.”