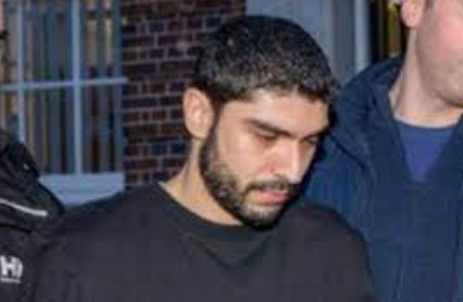 Garda Detective Padraig Harrington of Bridewell Garda Police Station produced evidence of arrest, charge and reprimand in relation to Mr Pacheco, whose address was given as Liberty Street, Cork. Det Garda Harrington told the court that he charged Mr Pacheco with the help of a Portuguese interpreter and Mr Pacheco did not respond to the charge when it was presented to him after the reprimand.

Sergeant Pat Lyons noted that Mr Pacheco could not apply for bail on a murder charge at District Court level and requested remand in custody to appear again in Cork District Court on 9 January. Defense lawyer Aoife Buttimer said she was consenting to her remand and asked that Mr Pacheco receive all appropriate medical attention while he was remanded in Cork prison.

Judge John King ordered Mr Pacheco to appear again in Cork District Court while he ordered that he receive proper medical attention. Ms. Buttimer also requested legal assistance, saying that her client was low-income and, now that she was in custody, she had no means of earning an income.

Judge King granted him free legal aid. Pacheco, who was wearing a black sweatshirt and sweatpants, spoke with the help of a Portuguese interpreter only to confirm his identity to the court during the brief hearing.

A native of Formiga in the Minas Gerais province, Ms. Fonseca was a qualified librarian who had arrived in Cork in September and had been working as a contract cleaner at Mercy University Hospital.