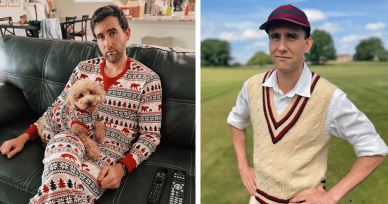 ‘Harry Potter’ actor Matthew Lewis has called an airline after he was allegedly kicked out of first class on a flight to Canada. The star, known for playing Neville Longbottom in the much-loved franchise, shared his ordeal on Twitter on Friday, August 26.

The actor said his first-class ticket was torn as he approached the gate at Orlando International Airport, and he was given an economy ticket instead. According to The Mirror, Lewis was on his way to a fan expo in Toronto from August 25-28.

Lewis tweeted: “Confirmed. @AirCanada is the worst airline in North America. And that’s saying something.” His tweet has garnered nearly 3,500 likes and has been retweeted 436 times.

In a series of replies, Lewis revealed that he had a ticket to fly first class from Orlando to Toronto with the airline, but was downgraded to economy. The ‘Me Before You’ star said: “Throwing me out of first class to the back of the plane is what it is, but doing it at the gate. Literally ripping up my ticket. There’s no explanation other than ‘full flight.’ He said if I want to fix it I should go to customer service. I asked where that was. “Toronto. I’m in Orlando.”

The actor added, “Honestly, I’ve never experienced anything like this. I’ve been hit before. It comes with the territory. But at the gate, less than two minutes to board and no explanation or apology? Never. They even said if I want to complain or get a refund, I have to contact them!”

While speaking to CTV News Toronto, Lewis said that he has not spoken to Air Canada about the incident. He said, “Air Canada customer service is s***e,” adding, “and we as a society should not agree with normalizing overbooking speculation and kicking people off flights. ”.

Following ‘Harry Potter,’ Lewis starred in ‘The Rise’ in 2012, which premiered at the Toronto International Film Festival to positive reviews and made appearances in the BBC dramas ‘Bluestone 42’ and ‘Death in Paradise’ in 2013. and 2015 respectively. The actor starred in the crime dramas ‘Ripper Street’ and ‘Happy Valley’ before starring in the ITV drama ‘Girlfriends’ in 2018. He appeared in ‘Terminal’ in 2018, which premiered at the Edinburgh International Film Festival, as well as in ‘Baby done’ (2020). Since 2020, Matthew has been a part of the Channel 5 TV series ‘All Creatures Great and Small’.