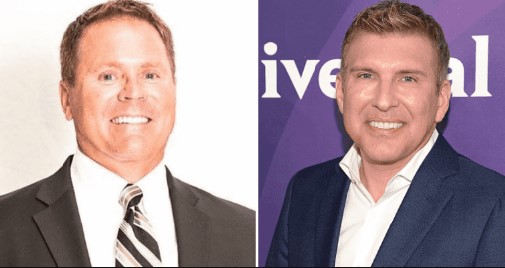 He said they eventually broke up but stayed together until 2012, when the personality from the television apparently called the police. Chrisley appeared on his ‘Chrisley Confessions’ podcast on Tuesday January 3rd and stated that there is no truth to Braddock’s claims. Appearing on the podcast with his son Chase Chrisley, 26, the real estate mogul revealed why he felt so insulted by the accusation.

“The thing that insulted me the most is that, out of all these 54 years, to finally be accused of being with a man, it would be someone who looked like Mark Braddock,” Chrisley said, describing Braddock as “a toad. Someone that looks like a thumb. Someone who says he’s only had sex with his wife and me.”

He continued, “Let me tell you something. I could understand that if you had sex with me, it would [drive] you crazy. I get it. There have been many who have been d**k-notified by your daddy.” Chrisley later added that Braddock’s story had changed several times, as reported by the Daily Mail.

Chrisley said he too was insulted that Braddock claimed that “it was something he wanted to try.” The convicted con man quipped: “I’m not that little spoon at Baskin-Robbins. I’m all the scoop. You can’t just taste here.” He added that he wouldn’t be “as embarrassed” if someone like George Clooney or Brad Pitt claimed to have had sex with him.

“That’s the most insulting thing. To say I couldn’t do better than that… there’s better for Todd Chrisley than that,” he added. Braddock is the married father of two and grandfather of two. He is best known for turning on his alleged ex-lover and business partner Chrisley by informing federal officials of his fraudulent schemes after his alleged affair turned sour.

Braddock, who was granted immunity in exchange for his testimony, said he and Chrisley worked together at a real estate company from 2005 to 2012. He said things quickly turned romantic between them and they began a relationship that would last for about one year.

After their alleged secret affair ended, Braddock told the court that they continued to work together for nearly a decade, describing their close bond as a “sisterhood.” Braddock’s LinkedIn account states that he graduated from Radford University with a Bachelor of Applied Science in Computer Science, Statistics and Mathematics in 1987.

As reported by the Daily Mail, he began his career in 1984 working as a computer engineer. systems at AT&T. He worked there for three years while living in Virginia, later working for companies including AT&T and SAP Software Solutions, before landing a job with Todd at Executive Asset Management in 2005.

Braddock has been married to his wife Leslie Braddock since 1987 and reports suggest she stays with him despite his alleged infidelities. The couple currently reside in Florida, where Braddock now works as a partner at a consulting firm. During the trial, Braddock claimed that his affair with Chrisley lasted about a year and that they kept it hidden from their respective spouses.

Braddock told the court that he was threatened by blackmailers while working at Executive Asset Management after they claimed to know about his alleged affair with Chrisley. “Pay in cash and we’ll shut up,” he said the blackmailer told him via text message.

The duo allegedly ended up paying the blackmailer $38,000 to keep them quiet. However, the former business partners eventually had a big falling out, ending their personal and professional relationship. Braddock claimed in court that Chrisley kicked him out of her office in 2012 and called the police. This made Braddock feel vindictive, and he eventually tipped off the FBI about the criminal activity of Chrisley and his wife.

Todd and Julie Chrisley were found guilty on federal charges of bank fraud and tax evasion and submitting false documents to banks to obtain loans to finance their lavish lifestyle. They reportedly took out more than $30 million in such loans.

While Todd was sentenced to 12 years in prison, Julie was ordered to serve seven. Both were also sentenced to 16 months probation upon their release. For now, the disgraced duo are expected to report to their respective Florida prisons on January 17, according to the Daily Mail.