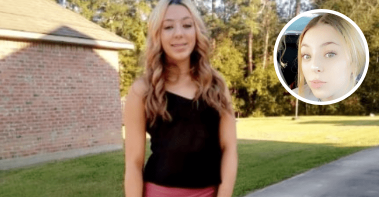 Kaylen Gautreau, a 15-year-old girl, has been missing for many days and the Baton Rouge Police Department is asking for the public’s help in locating her. Gautreau was last seen Monday, Oct. 10, in the Alello Drive neighborhood of Baton Rouge, according to authorities. Gautreau is described as being 5 feet 4 inches tall, weighing around 115 pounds, with blonde hair and green eyes, according to WAFB.

Concerned loved ones of hers are requesting information from anyone who knows of Gautreau’s whereabouts. A family member wrote on Facebook: “If anyone sees her please contact me via Facebook Messenger my cell phone 225-288-2057 or call the police we are extremely worried about her and miss her just want her to be safe at home, no questions asked. !!”

The message added: “She was in the Baton Rouge area when she was last seen, but she may be in the Denham Springs area or other surrounding parishes.” Police are asking anyone with knowledge of her location to call them at (225) 389-2000.

The National Database of Missing and Unidentified Persons (NamUS), funded by the US Department of Justice, estimates that more than 600,000 people go missing each year. Every year 4,400 unnamed bodies are found. For every 100,000 people in the entire country, there are about 6.5 missing people.

In a similar missing person case, the Carrollton Police Department is still searching for Kaylee Jones, a 17-year-old who has been missing for four months with no solid leads as to her whereabouts. Jones reportedly climbed out of her second-story bedroom window on June 14 to leave her family’s home in the Carrollton 700 block of Whooping Creek Church Road. She was 16 years old at the time.

Police gave a description that Kaylee was 5 feet 8 inches, weighed 135 pounds, and had brown eyes and brown hair. Her mother believed she might have been sporting a pair of black Converse sneakers or tennis shoes and carrying a blue backpack “with a horse on the front.” The family recently moved to Georgia from Brooksville, Florida, where they still have family and friends. Officials believe she may also be using her birth name, Jillian Paige Temple.

Her family wants her to come home and is worried about her safety. Those with information about Kaylee were asked to contact Carroll County Sheriff’s Office Investigator Courtney Short at 770-830-5916 or cshort@carrollsheriff.com. The authorities also established a complaint line at 770-830-5942.