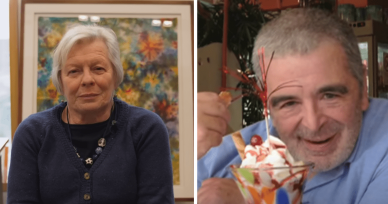 Joy Milne, a 72-year-old Australian woman, was able to sniff out Parkinson’s disease in her husband Les 12 years before he was diagnosed. Scientists are now grateful for her super sense of smell that led to the development of a test for Parkinson’s disease.

Milne has been a major asset to scientists, as a “supersmell” who can diagnose disease simply by sniffing the T-shirts a person has been wearing. It was her nose that she discovered that the telltale odor of Parkinson’s comes strongest from the back of people’s necks and between their shoulder blades.

Scientists have identified more than 500 compounds, including “fatty acids” called triglycerides and diglycerides, that can be found in a patient’s body and developed the first test for them. The test costs less than $23 and could be tested in Greater Manchester within two years. It could aid in earlier diagnosis of the disease and could help patients preserve the function of their brain cells. Additionally, it can help a patient reduce the jerky movements that often occur with Parkinson’s and slow down the disease.

Research leader Professor Perdita Barran, from the University of Manchester, spoke to DailyMail and said: “If Joy didn’t exist I don’t think any of this would have happened, not just because of her nose, but because of her persistence in thinking her ability could help people. She added: “I was skeptical at first, but he was proven right. We have now sampled 2,000 people and we hope that in the future GPs will be able to use this test to confirm if someone might have Parkinson’s and quickly refer them to specialists.”

Milne is a retired nurse and has hereditary hyperosmia, an increased sensitivity to odors. Thanks to her help in identifying sebum as one of the main sources of Parkinson’s odour, scientists have now published the results after testing the oily substance in 79 people with Parkinson’s compared to 71 healthy people. Milne said: “I promised my husband the night before he died that I would help with Parkinson’s research until there is a test for this cruel disease. I feel fortunate to have this ability to help people with early diagnosis.”