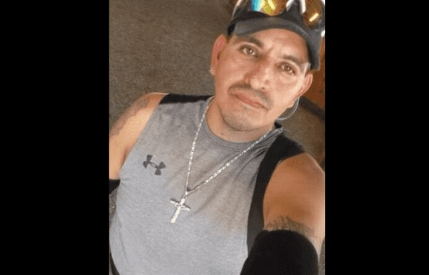 A distraught family desperately searches for their father, who disappeared after he agreed to meet a man who offered him a yard job. Oregon officials are looking for any sign of José Jesús Albarrán Guerrero, 46, who went missing on November 14.

José Jesús Albarrán Guerrero made a chilling final phone call to his wife before her voice was distorted and the call was cut off. After not hearing from the 46-year-old father, the terrified family filed a missing person report with Medford police 48 hours later.

José Jesús Albarrán Guerrero is described as being 5 feet 5 inches tall and weighing around 175 pounds. He has hazel eyes and was last seen wearing a green Oregon Ducks sweater, a gray hat, blue jeans and brown work boots, The Sun reported. Guerrero’s daughter, Ariadna Albarran, said she last saw him when she returned from Sherm’s Thunderbird Market in Medford.

Oregon, with milk to make hot chocolate for her nine grandchildren. Albarran told the McClatchy News that her father was excited to come back and announce that he received a job offer from a man she met while he was shopping. The man told Guerrero to meet him before noon at the Sacred Heart Catholic Church, the daughter told the outlet. “After that, nobody saw him,” Albarrán said disconsolately.

The family also added that Guerrero suffered a head injury while on the job about six months ago, raising additional concerns about his well-being. Guerrero is also suffering from memory lapses from the blow, the family said, The Sun reported. Family members have searched the entire city since Guerrero’s disappearance and have found nothing. His daughter Albarrán said the family learned of him in a phone call around 5:00 p.m. m. the same night he disappeared.