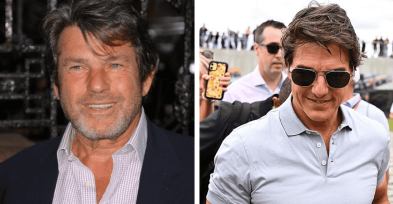 Ann Wenner, co-founder of Rolling Stone, has made a huge claim about Tom Cruise. The media mogul, who has met several celebrities throughout his journalism career, believes the actor is secretly gay. believe the ‘Mission: Impossible’ star was hiding the truth about his sexuality from him. Jann said that she had once written a profile of the actor for Rolling Stone, which allowed her to meet Tom’s mother and sister.

Spilling the beans at the time she met Tom on a guided tour of a Scientology Center, Jann said, according to Page Six, “It seemed like she was opening up, but she didn’t say anything at the end; she completely drifts off,” adding : “You walk away thinking you know the guy, but all you know is that here is a confident, extremely polite man. I wouldn’t even reveal whether he was for or against [President] Bush.”

Jann was taken aback by Tom’s super-secret nature, causing the media mogul to wonder, “What the hell is he protecting? Why is he in a super-secret cult?” Also, he led him to think, “He’s a great talent. He’s Super Tom. All his secrecy led to the suspicion that he was gay.”

The book, which will be released on September 13, contains several shocking claims, including one about Angelina Jolie. The former owner of US Weekly revealed that in 2005, a photographer working with the Weekly received a tip from Angelina Jolie, who was staying at a resort on the African coast with Brad Pitt. He was still married to Jennifer Aniston at the time.

The duo had worked together on the movie ‘Mr and Mrs Smith’, which sparked many rumors that they were also an off-screen couple, although nothing had been confirmed. The photographer was not only told where the couple were staying, but also given details of the time of their daily walk, along with a suggestion of where and how the couple could be photographed “in secret”. “We have the photo, we have the proof,” Wenner writes in his book. “We had the world first, the Brangelina debut.” And he added: “The informant was Angelina.”

In 1967, Jann founded Rolling Stone magazine with his mentor Ralph J Gleason in San Francisco. In 1977, Rolling Stone moved its base of operations from San Francisco to New York City. The magazine’s sales dipped briefly in the late 1970s and early 1980s after a reportedly slow response in coverage of the rise of punk rock. In 2006, the magazine’s circulation reached an all-time high of 1.5 million copies sold every fortnight. Jann directed and wrote many of the magazine’s interviews. Famous interviewees of his included Bill Clinton, Al Gore, John Kerry and Barack Obama.