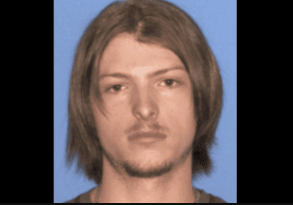 Jake Wagner took the stand on Monday, October 24, when he testified against his brother George Wagner IV, who is currently facing trial for his alleged role in the Pike County massacre that claimed eight lives. During his testimony, he allegedly explained how George and his father, Billy Wagner, helped him carry out the mass murder.

Describing the gruesome crime the Wagners allegedly committed on April 21-22, 2016, in Piketon, Jake told the jury that he took the lives of five of the eight victims, including Dana Rhoden, who was the mother. from his ex-girlfriend, Hanna May Rhoden. He reportedly said, “She looked up and made a gasping noise and then I shot her,” before hitting her again because he “wasn’t sure he killed her.”

He also mentioned that George had to kill Christopher Rhoden Sr but couldn’t, causing Jake to take him down. Jake along with his parents Billy and Angela and his brother George are reportedly accused of carrying out the execution-style murders that claimed the lives of eight members of the Rhoden and Gilley families. Apparently, the cruelty was carried out just to gain custody of Jake’s daughter, Sophia, whose mother was Hanna.

Jake and Angela had already pleaded guilty to the crime and are now testifying against George as part of his plea deal. It has been said that Jake and Hanna started dating when she was just 13 and he was 17. At 15, Hanna became pregnant with Sophia, who was affectionately called Sophie. “My baby was born on November 13, 2013 at 2:30 am,” the suspect told the court.

But in 2015, Hanna ended her relationship with Jake, which made him angry, he revealed in court. He also stated that Hanna’s involvement with other men worried him about her daughter. He reportedly said: “I was worried that Hanna would let my daughter be abused like she (Hanna) did. My daughter told me that Hanna locked her in her bedroom and let her scream for hours.”

Jake told the jury that when he asked Hanna, “What if your carelessness causes our daughter to be abused like you?” she allegedly told him, “‘We’ll just have to deal with it.'” The man went on to reveal that when he was unable to obtain sole custody of his daughter, he turned to his father, who “told him something had happened.” to do, the only option is to kill Hanna Rhoden, ”Fox 19 reported. He did not agree with the plan at first, but later decided to go along with it.

The alleged killer also revealed to the court that the real targets were Hanna, her father Chris Rhoden Sr, her uncle Kenneth Rhoden and her older brother Frankie Rhoden. But Dana, Chris Rhoden Sr’s cousin Gary Rhoden, Frankie’s fiancée Hannah “Hazel” Gilley, and Hanna Rhoden’s younger brother Chris Rhoden Jr were also killed because “they would be witnesses, so we had to kill them.” also”.