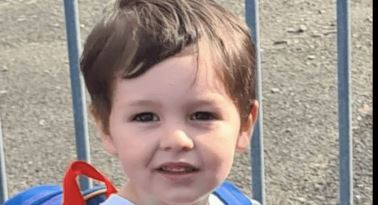 An investigative hearing at Haverfordwest County Hall into the death of a four-year-old boy revealed that Ifan Wedros Owen-Jones was playing in a sandbox before disappearing. Later, the body of the autistic boy was found in a pond. The tragic incident reportedly occurred on August 7.

His family called emergency services in the evening of that day after they were unable to locate the boy. After a search, he was found unconscious in the pond. Coroner’s Officer Hayley Rogers said: “It was established that Ifan had been heard playing in a sand pit near the family home. When Ifan could not be seen, a search of the grounds was conducted and he was found unconscious in a natural pond.”

Ifan Wedros Owen-Jones Cause of Death

“Despite best efforts to resuscitate him, he was pronounced dead at 8:40 p.m. m. Police have launched a full investigation, with inquiries ongoing,” Rogers added. Another hearing will also take place, but Coroner Gareth Lewis did not give a specific date.

Meanwhile, his family described Owen-Jones as “a beautiful, happy, healthy boy.” In a statement released on Friday, August 19, they said: “He had trouble with some things because he was autistic, but he was amazing at other things. He loved the alphabet, counting and colors. He saw Fireman Sam over and over again. He loved to climb on anything he could find. His (diamond) iPad was his security blanket, it accompanied him everywhere.”

The statement went on to say, “Everyone who knew Ifan fell in love with him, everyone adored him. He was and always will be our special boy. We are so lost without him, Ifan was our world. We are all truly heartbroken,” before adding: “We as a family are truly overwhelmed with the support, kindness and generosity we have received from our family, friends, local community and even people we don’t even know. We would like to thank them from the bottom of our hearts.”

A GoFundMe has been launched for the little boy’s funeral. Catrin Cox kicked off the fundraiser with a message that read, “Hello I’m Catrin and together with our whole family we are trying to raise funds to help Sian and Wedros give Ifan the funeral she deserves! Most of you already know Ifan, but if you don’t, here’s just a little glimpse of him.”

“Ifan was a happy and healthy 4 year old who was diagnosed with autism but with help in place he was enjoying life to the fullest! He loved fire trucks and the color blue, he had 2 older brothers and 1 younger brother who adored him. On August 7, his lives changed forever when Ifan had a tragic accident and lost his life. With the blessing of Sian and Wedros, they allowed me to set up this page to go fund myself to try to give Ifan the best send-off we can,” he noted. Later, in an update, the message added: “We would like to thank everyone who has donated so far. We are touched by each one, I know how difficult it is for everyone at this time, so from the bottom of my heart I thank you all. Caryad mawr.”