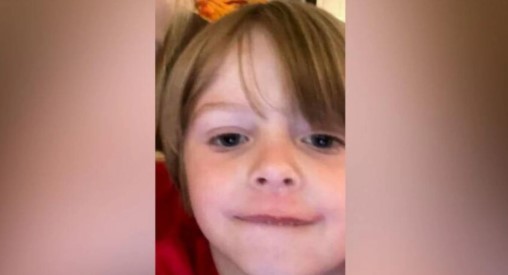 Egan Jeffcoat, age 5, was killed in his parents’ car on Thursday, January 12 in Butts County, Georgia, due to a violent tornado. Jeffcoat was with her mother when a tree fell on her car. Another unidentified man who was also in the car suffered serious injuries. Authorities have confirmed that Egan Jeffcoat’s mother, Tabatha Anglin, was not injured.

Numerous deaths have been caused by tornadoes that have swept through the southern part of the United States. Many were injured and more than 40 houses were damaged. Butts County resident Egan Jeffcoat was also among those killed in the violent storm.

Egan Jeffcoat Cause of Death

ABC News reported that at least 35 tornadoes were expected to hit the southern states on Thursday. The storm system that caused tornadoes in these states was also responsible for the violent flooding in California. Strong winds have swept through several states in the southern US over the past week.

Multiple tornadoes have killed at least nine people in Georgia and Alabama and caused significant damage to 40 to 50 homes. One such tornado has been reported to have damaged the city of Selma. According to ABC News, many people have been hospitalized in Autauga County, Alabama.

Five-year-old Egan Jeffcoat, of Georgia’s Butts County, died after a huge tree fell on a car he was riding in. The boy’s mother, Tabatha, was not injured; however, another unidentified male in the car was reported to be in critical condition. He was hospitalized with several broken bones.

In addition to Jeffcoat, a Georgia Department of Transportation employee was also killed by falling debris while responding to storm damage. State officials have confirmed the same. The weather forecast department reported that at least 35 tornadoes were likely to hit the states of Alabama, Mississippi, Kentucky, Georgia, and Tennessee on January 12, 2023. Prior to these states, a violent storm system hit the West Coast.

This resulted in continued heavy rain, heavy snow, and strong winds that caused violent flooding in California. Just a few days ago, on January 9, a 5-year-old kindergartner named Kyle Doan was swept away by raging California floods near San Miguel. He was with his mother on the way to school when the terrible incident occurred. Earlier, on January 4, another boy named Aeon Tochhini was killed in Sonoma County when a huge redwood fell on his family’s home.

In a press conference on Friday, January 13, Georgia Governor Brian Kemp said that Kemp declared a state of emergency, taking into account the severe weather conditions affecting the state. According to the National Weather Service (NWS), at least three EF-1 tornadoes struck Kentucky on Thursday, with wind gusts of up to 110 miles per hour. The NWS also confirmed an EF-2 tornado in Winston County, adding:

As mentioned above, the historic city of Selma has sustained “significant damage” due to the storm. Most of the roads have been closed and power lines and trees have been damaged. Egan Jeffcoat, age 5, also became an unfortunate victim of these strong winds that hit the southern states of the United States and caused so much damage.

While mentioning the incident where Egan Jeffcoat was crushed by a tree, another tree fell on a truck a few miles away. Butts County Commissioner Ken Rivers was driving with his daughter. Rivers told WSB-TV 75, Autauga County Sheriff David Hill said there is a high possibility of reports of many deaths due to the violent tornadoes. Egan Jeffcoat was one of two people killed in Thursday’s tornado.