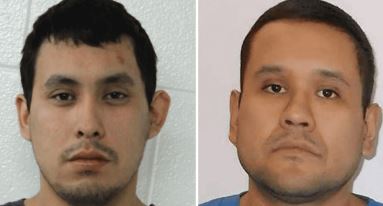 SASKATCHEWAN, CANADA – One of the Sanderson brothers, Damien, 31, who went on a stabbing rampage in Canada on Sunday, September 4, killing 10 people, was found dead on the James Smith Cree Nation on Monday, September 5. Rhonda Blackmore, commanding officer of the Royal Canadian Mounted Police from Saskatchewan, announced the news at a news conference.

Police suspect Myles is still at large and believe he “may have sustained injuries” and may be seeking medical attention. Officers further stated that Sanderson’s injuries were not believed to be self-inflicted.

According to DailyMail, the attacks were among the deadliest in modern Canadian history. While some of the victims appeared to have been attacked, others were apparently random. Officials have issued a dangerous person alert. RCMP Saskatchewan tweeted: “Update 1/2 to Dangerous Person Alert issued by Melfort RCMP: Damien Sanderson has been located deceased. #RCMPSK continues to search for Myles Sanderson who is 6ft 1in and weighs 240lbs with black hair and dark eyes. brown. He may be injured and seek medical attention.” In another tweet, officials stated: “2/2 Instructions: The public should take appropriate precautions. Do not approach suspicious persons and report any information to local police and emergency 911.^km.”

The brothers were described as armed and dangerous and are the main suspects in attacks against 29 people in 13 different locations. Myles, who was charged with three counts of first-degree murder, one count of attempted murder and one count of breaking and entering, has been wanted since May when he failed to go to court-ordered visits with his probation officer. conditional. He later disappeared while on parole with a five-year sentence for assault, robbery, mischief and threats. The search for Myles has expanded from Saskatchewan to neighboring provinces, including Manitoba and Alberta.

Sanderson was previously charged with one count of first degree murder, one count of attempted murder and one count of trespassing. “We know. We are sure someone knows the whereabouts of these two and has information that would be valuable to law enforcement,” Bray said at the news conference. “I urge you to contact your local police service. He also urged Regina residents to shelter in their homes.