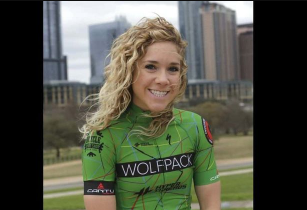 A woman in Texas claims she nearly died of sepsis after doctors refused to remove an inviable fetus from her body. 35-year-old Amanda Zurawski was 18 weeks pregnant with her daughter when she realized something was wrong. However, she had to wait three days for doctors to perform an emergency abortion until she was “sick enough,” reports Daily Mail.

Abortions are illegal in Texas unless there is a life-threatening medical emergency. This came after the US Supreme Court overturned Roe v Wade in June.Amanda found out on August 23 that she had an incompetent cervix, which meant she had dilated too early. Miscarriage in such a situation was inevitable. Due to the state’s abortion laws, she had to wait until she got sick, for an abortion to be performed.

Texas ethics board agreed to begin medical treatment to remove the child from her womb only after a painful three days. The child was now stillborn. Amanda, who is facing long-term health and bacterial issues because of what happened, will undergo surgery next week. She is afraid the delayed healthcare may have affected her fertility permanently. Amanda recalled how agonizing it was to walk around with an unviable baby inside her.

“It could be days, it could be weeks. And knowing that we just had to live with that, it was incapacitating,” she said, according to People. “I was unable to function. I didn’t work, I didn’t eat, I didn’t sleep. I was left wanting to either get so sick that I almost died or, praying for my baby’s heart to stop beating — this baby that I had wanted and worked to have for 18 months,” she added.

“Every time they did an ultrasound, to be hoping to hear her heartbeat, but at the same time, to not hear her heartbeat… it’s the most anguishing feeling.” In a first-person essay for The Meteor, Amanda wrote, “Instead, it took three days at home until I became sick “enough” that the ethics board at our hospital agreed we could legally begin medical treatment; three days until my life was considered at-risk “enough” for the inevitable premature delivery of my daughter to be performed; three days until the doctors, nurses, and other healthcare professionals were allowed to do their jobs.”

“By the time I was permitted to deliver, a rapidly spreading infection had already claimed my daughter’s life and was in the process of claiming mine,” she added. “I developed a raging fever and dangerously low blood pressure and was rushed to the ICU with sepsis.

Tests found both my blood and my placenta teeming with bacteria that had multiplied, probably as a result of the wait. I would stay in the ICU for three more days as medical professionals battled to save my life.Amanda still with medical consequences. Her uterus scar tissue is so severe that she now has to undergo surgery to get it removed.