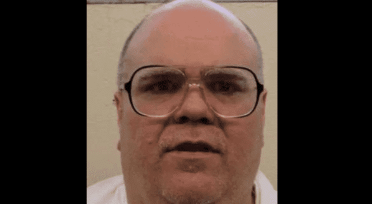 The state of Alabama halted the execution of a death row inmate after failing to comply with protocols before midnight on Thursday, September 22. Alan Eugene Miller, who was convicted of a triple homicide more than 20 years ago, was scheduled to be executed. Thursday. However, Alabama Republican Governor Kay Ivey issued a statement shortly after the deadline expired, vowing to “uphold justice,” while a spokesman for her office reiterated that Miller’s execution would be rescheduled at the “first opportunity.” “. It was on Friday morning, September 23, that Alabama Corrections Commissioner John Hamm first told the press that Miller had been returned to his cell after prison officials halted his execution around 11:30 p.m.

The United States Supreme Court had ruled that Miller would be executed by lethal injection, the method he had tried to avoid. “Due to time constraints resulting from the delay in court proceedings, the execution was stayed once it was determined that the sentenced inmate’s veins could not be accessed in accordance with our protocol prior to the expiration of the death sentence. Ham said.

Governor Kay Ivey in her statement said, “In Alabama, we are committed to law and order and upholding justice. Despite the circumstances that led to this execution being called off, nothing will change the fact that a The jury heard the evidence in this case and made a decision.” She continued: “It doesn’t change the fact that Mr. Miller never disputed his crimes. And it doesn’t change the fact that three families are still grieving. We all know very well that Michael Holdbrooks, Terry Lee Jarvis and Christopher Scott Yancey did not choose die from bullets to the chest. Tonight, my prayers are with the victims’ families and loved ones as they are forced to continue reliving the pain of their loss.”

Later, a spokesman for his office made a statement, saying he “anticipates the execution will restart at the earliest opportunity.” Ivey also revealed that the Commissioner of Correction has informed members of Miller’s family about the cancellation of his execution. The United States Supreme Court justices, in a 5-4 decision, ruled on Miller’s execution just 3 hours before the trial began and lifted an injunction, issued by a federal judge and upheld by the Court. of Appeals for the Eleventh United States Circuit, which had prevented Miller’s execution from proceeding.

US District Judge R Austin Huffaker Jr issued an injunction Tuesday, September 20, restraining the state from taking Miller’s life by any means other than nitrogen hypoxia after it was “substantially likely” that Miller” file a timely election form even though the state says it has no physical record of a form. The judge issued the injunction after Miller’s attorney claimed the state lost the form requesting that his execution be carried out using the nitrogen hypoxia method, a method legally available to him but never before used in the States. Joined.

Miller testified that he submitted paperwork four years ago selecting nitrogen hypoxia as his method of execution, placing the documents in a slot in the door of his cell at Holman Correctional Center for a prison worker. pick them up. Miller, a former truck driver, was sentenced to death in 2000 after killing his co-workers Lee Holdbrooks and Scott Yancy at a business in suburban Birmingham. After killing the two, Miller went on to assassinate his former supervisor, Terry Jarvis. Each man was shot multiple times, and Miller was captured after a highway chase.

Court documents revealed that Miller was mentally ill, but the psychiatrist hired by the defense revealed that Miller’s condition was not bad enough to be used as the basis for an insanity defense under state law. An Alabama jury took 20 minutes to convict, in a 10-2 vote, in July 2000 and decided that Miller should be executed. Two appeals of the verdict were denied.