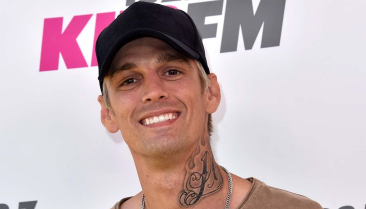 Aaron Carter died without a will, which means the state of California will determine who inherits the tragic star’s estate. Like most other US states, California law dictates that any property owned by a single parent, should he die without a will, go directly to his children. Reports suggested the embattled singer was not on the best of terms with fiancée Melanie Martin, so his estate will likely go to his 11-month-old son Prince.

Prince was reportedly removed from the couple’s home by Los Angeles County and the Department of Children and Family Services due to their ongoing conflict. The boy has been living with Martin’s mother since September. Family sources told TMZ that Carter’s attorneys had advised him to make a will considering a child dependent on him. However, the ‘I Want Candy’ hitmaker failed to make it before his tragic death in early November.

A source told the outlet that he was not in a good place financially and that he was living paycheck to paycheck at the time of his death, having spent his earnings in a short period of time. The only property of value in Carter’s name was the house that was currently on the market, so his 11-month-old son can have security in any equity the sale generates.

In addition to his fiancée, Carter also had strained relations with his brothers. Both his estranged sister Angel and his famous brother, Backstreet Boys singer Nick, had restraining orders against them, which meant that any direct correspondence between the brothers was out of the question, at least within. the limits of the law. Nick first obtained the restraining order against his brother in 2019 after Carter allegedly threatened to kill Nick’s pregnant wife and unborn child.

Angel also obtained a restraining order the same year, accusing Carter of threatening to send hit men to his residence. However, in the weeks leading up to Carter’s death, it seemed the ice was finally thawing. Insiders told TMZ that Carter felt the brothers were back on good terms. Nick paid tribute to his late brother at a concert this week and said that he still loved him despite his rocky relationship.

He said Carter’s untimely death broke his heart, but as fate would have it, the brothers couldn’t speak directly before the singer died. The troubled star was found dead at the age of 34 in the bathtub of his Lancaster home on Saturday, November 5. While the official cause of death remains a mystery, his family believes her death was unintentional. Carter’s deceased body was found in the bathtub by the nanny from his house.

It is said that he was in the tub for a considerable period before he was found. Law enforcement sources told TMZ they discovered evidence of medication and cans of compressed air in his bathroom. The source also said there was no suicide note at the scene.